CCAC's Help Center is currently under development. During this time, we continue to work on granting access to all CCAC users by running processes to add new users every few hours.

Additionally, we continue to add new knowledge articles for the ITS services offered to employees and student. If you cannot find support articles today, please continue to periodically check back as we are adding new articles each day.

We appreciate your enthusiasm to utilize this new tool and will inform the college community once the service is fully developed. For now, please free to have a look around!

Location of the Video Equipment

Labels and their Meanings 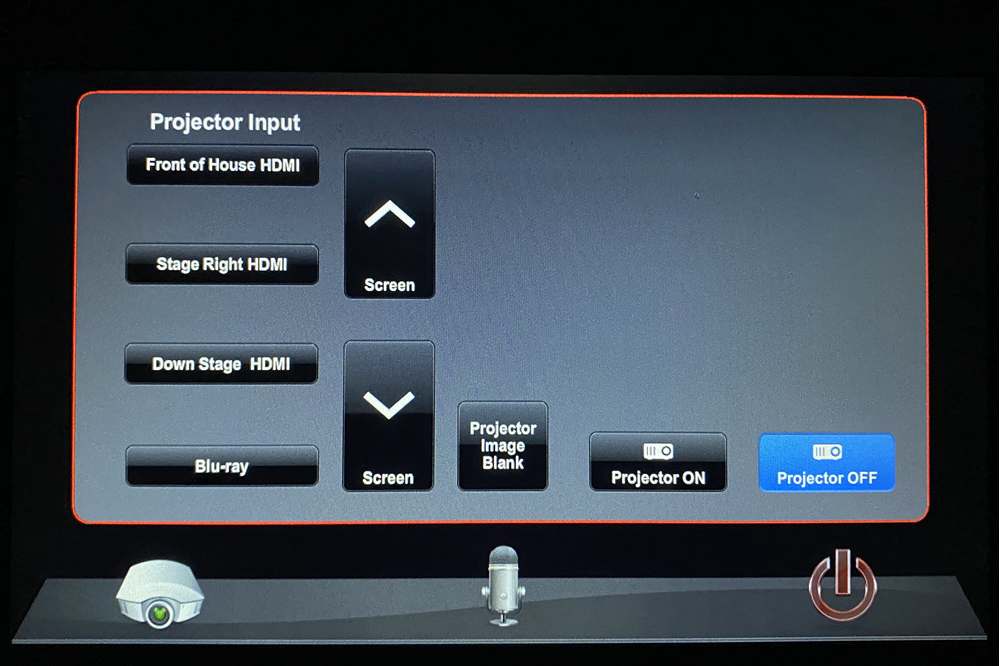 Projector Image Blank - hides the image, nothing will show on the screen

You can have something plugged into each input in the auditorium and use the buttons on the screen to display that input on the projector screen. Like you would with your TV if you have multiple devices plugged into it.